I'd been wanting to learn to weave for ages, then last year when we were across the pond in the beautiful city of Ottawa, Canada and visiting a delightful little shop called Wabi Sabi, their range of knitters and rigid heddle looms intruiged me.
I was further inspired by all their fabulous creations on display, to the degree that I seriously considered the possibilty of buying a loom right there and then (the exchange rate of the Canadian dollar to the UK pound was very favourable).  But the logistics of schlepping it back on the plane stopped me, so as soon as we returned to our hotel, I was online googling Ashford Looms for a stockist closer to home, and as simply as that, I discovered FibreHut - a little shoppe teeming with weaving & spinning goodness, a mere 20 minutes from my front door to theirs.

The timing of our return to the UK coincided perfectly with my upcoming birthday, so lo & behold it came to pass that a mere couple of weeks later, I became the proud owner of my very own loom. 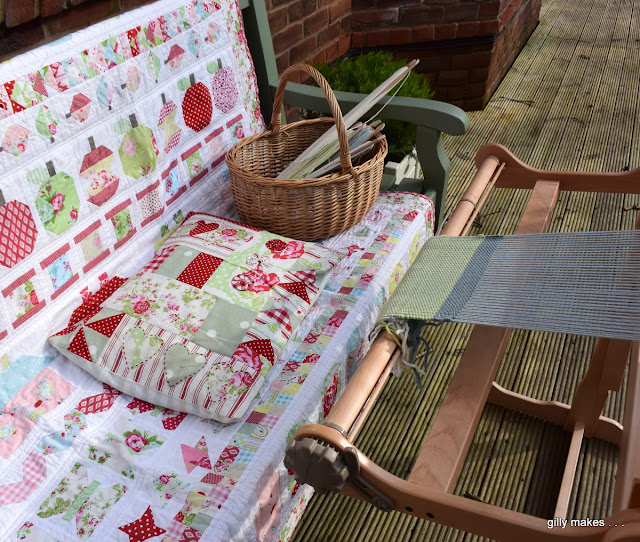 Another month or so later and I was pootling around Scotland's finest Craft Town, the pretty seaside village of West Kilbride, and came across the oh-so-delightful Weft Blown studio.  Ange makes the most lovely things, and was more than happy to have a wee chat and show me around - I really want need to do one of their workshops one day too - and I left feeling completely inspired to get stuck in and get weaving.


Anyways, what with one thing and another it's taken me a little while but finally yesterday I finished my first ever weaving project, and I have to admit, I am tres chuffed indeed.

Okay so it's not the neatest scarf you ever did see,  but I think it's jolly good for a first attempt - and probably once I've sewn in all the ends {note to self: need to learn how to do that as I'm going along} and blocked it, it'll be better.  But either way, it's unique . . . and handmade isn't meant to be perfect anyway ; - ) 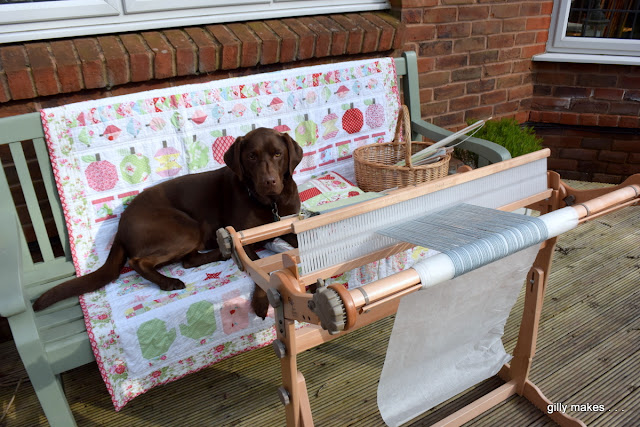 It's such a fun way to use up my stash too.  Mostly I used leftover Debbie Bliss Mia DK yarn, with a few bits & pieces of others (DK and Aran) added in for good measure and to give it some variety in texture too. 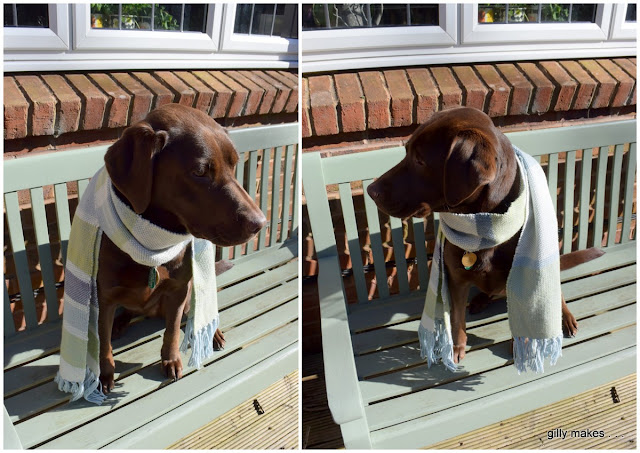 It's just me & the pups at home today, and I'm rubbish at selfies so Ben very kindly agreed to model the scarf for me . . . in exchange for a few smelly treats, of course. 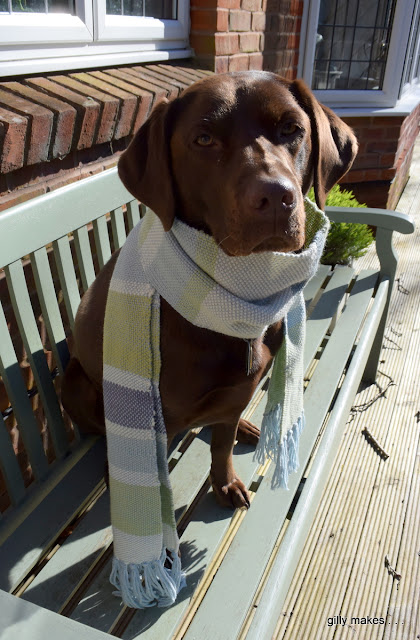 Thank for popping by & saying hello! 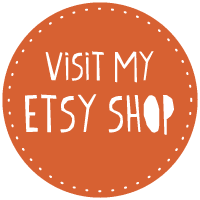 Please do not use or copy any photographs featured on my blog without requesting permission from me first. Copyright (c) gilly makes. . . Thank you.